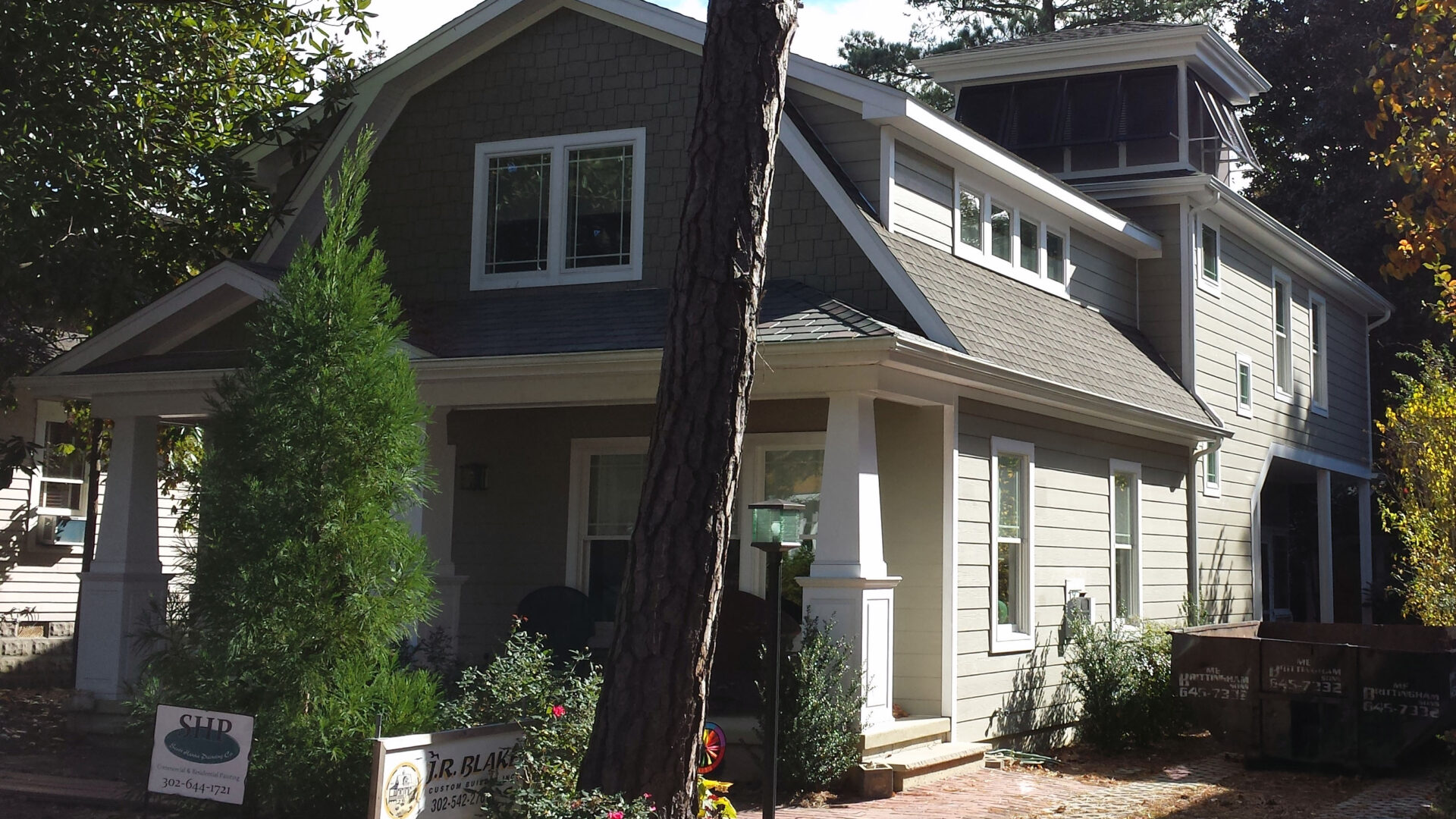 This reconstruction project is the project we alluded to in the Sheppard Johnson Residence. The homeowner came to the contractor on that project, originally to install a new front porch. As we discussed his existing home, the project grew. Eventually, the program included increasing the size of the second floor to create a real master suite while maintaining the small cottage look of the home. The plan was to remove the front of the house and rebuild the living room and bedroom above. During construction, the contractor discovered extensive termite damage. This required us to basically re-build the entire structure. This had a large impact on the eventual phase two.

The next year, the client realized that he had made a small mistake. Even though he had expanded the house to make it more comfortable for himself, the small beach cottage still lacked a guest room or a shower for guests. There was an additional problem as well. We had just spent a lot of money replacing the existing structure on the rear of the house. This made the client hesitant to remove the roof and vaulted ceiling. We were left with a challenge of both how to build an addition for two guest bedrooms and a bathroom over the vaulted kitchen and dining room. This was both a structural challenge and a programatic one. There were not a lot of great options for tying into the existing home.

Our final solution utilized large engineered floor trusses to span the full width of the house. In addition, we added a second stair to the bedrooms from the original stair landing. The guest addition was set back far enough to hide behind the original house. This minimized the affect to the architectural style of the home. The new stair tower helped in this as well. As a design suggestion from the contractor with the decorative plantation shutters to hide the more utilitarian rear.