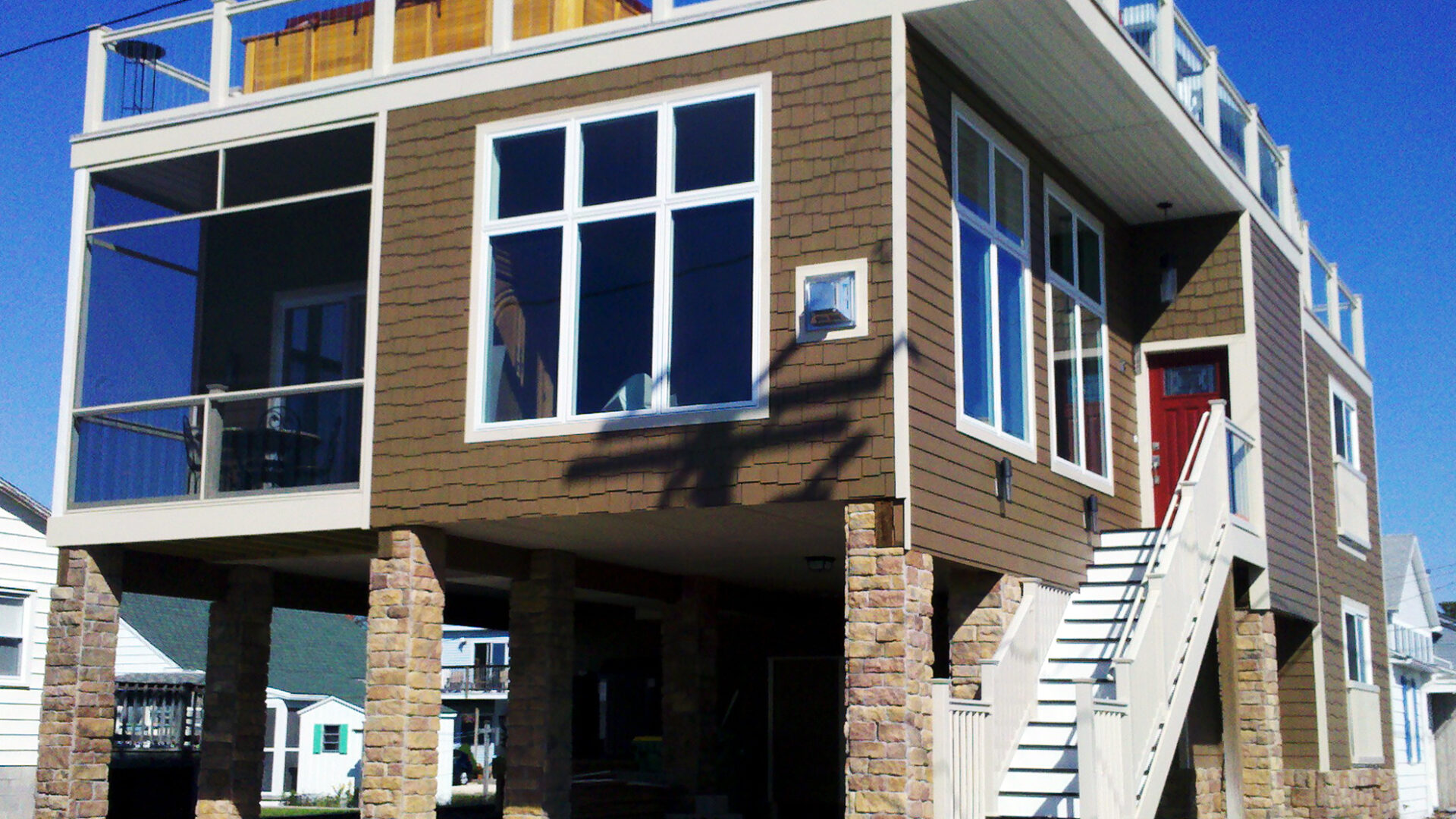 This project was a beach residence who’s original genesis with an existing home that the client wanted to renovate. We realized that it would actually have been cheaper to start over than to renovate it as he wanted. Once we made that decision, it was a matter of fitting all of the requirements onto the lot. The client wanted a large open double height living area. He wanted a roof deck. The client wanted for both of these to take advantage of the views of the water he had from this lot. He wanted four bedrooms and a multipurpose room. It was a tight squeeze. The lot a low lying lot in the flood zone requiring raising the bottom floor several feet above the existing grade. This placed us tight against the height restrictions. The house fills the buildable envelope almost completely.

As part of the design process, we ended up constructing some massing digital models to verify how the pieces interacted and the shading of the windows on the southern elevation. Once we had the proof of concept, we could proceed with confidence with the client’s understanding.

Our solution was to create a split level residence. This allowed for the bedrooms to be tucked into the rear of the house. Then the main living, parking, and roof deck areas could operate independently. A central stair was inserted to mediate between the floor levels on the two wings. This worked out very well and although we had to downgrade to a twelve foot ceiling in the main living area. We were very happy with how this house turned out, and our client was so thrilled, he managed to get us work with just about every neighbor on his block. That’s even better than a nice review on Google.