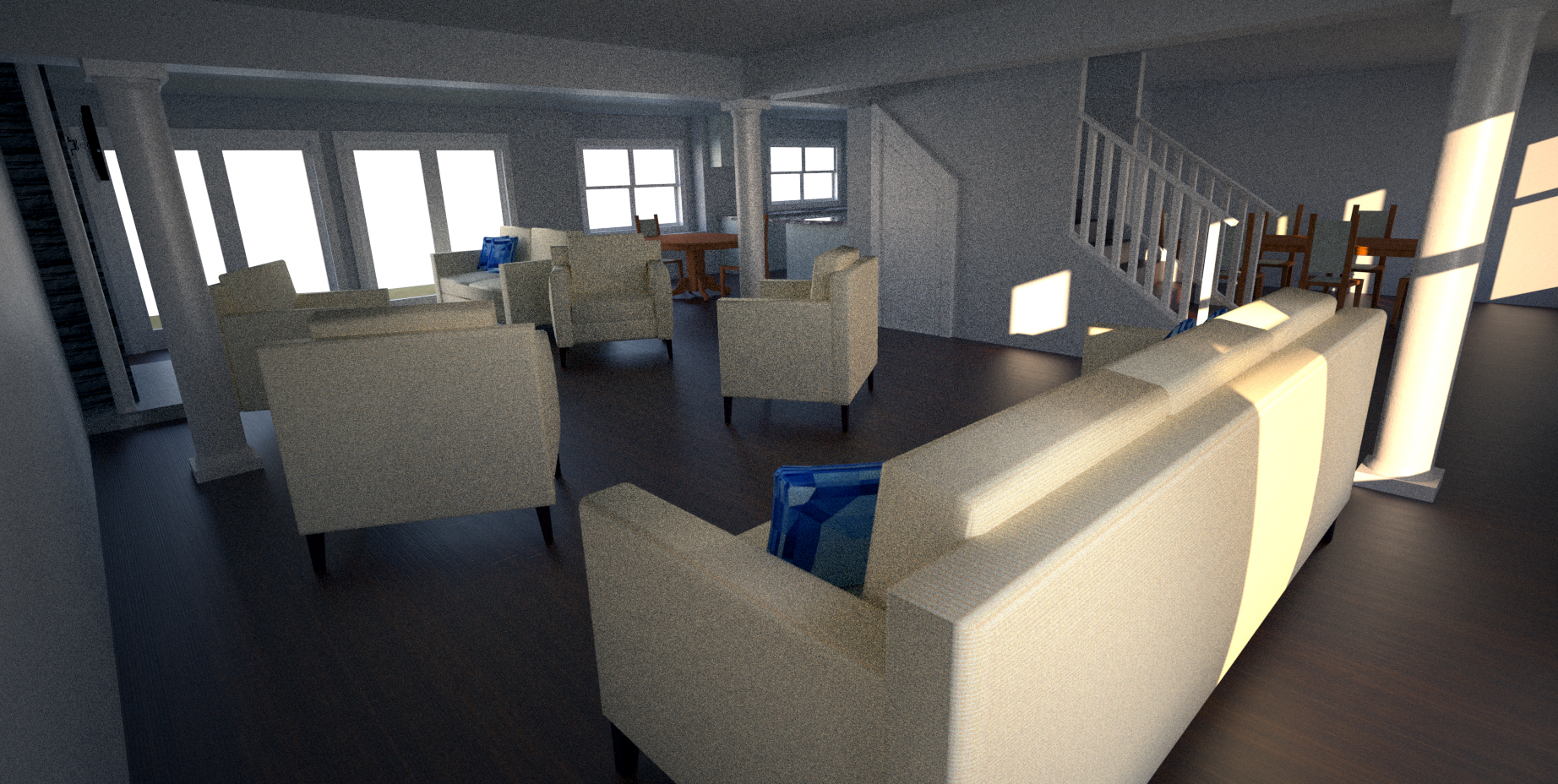 This is a residential design that mostly came down to interior design work. The genesis came when a homeowner had a burst pipe leading to a large water loss on the property. In the end, they were going to have to replace the kitchen and almost all of the finishes. This made it a perfect time for them to make some structural changes. They were moved out and refinishing things anyway.

The idea was to open up the floor plan by removing almost all of the walls. Of course, some of those walls were bearing and the cost of removing them completely was a bit prohibitive. Our solution was to install some columns at the edges to frame the rooms. This also cut down the beam spans somewhat saving on structure.

What made this project slightly unique, the homeowner really couldn’t read plans at all. It was hard for him to imagine what it would end up looking like. In this case, we created a 3 dimensional model of the space and furnished it. This gave him some reasonably accurate pictures of what the interior would look like when the project was complete.

In the end, the client loved the interior design, but the budget for the entire wish list was a bit more than he had to work with. We gave him initial budget numbers, but the insurance payments came in a lot lower than originally expected. They had to abandon doing a lot of the design to fit the money that he had. This can be a challenge with disaster recovery, it’s a great time to make changes. However, the money on hand doesn’t always satisfy the big goals and there isn’t usually a lot of time to save up. Getting the house fixed usually takes priority over improvements.